Is the rebirth of a divided nation looming?

On November 3rd, not only was a vote on who will next occupy White House in Washington, but many seats in the Senate and House of Representatives were also decided. The two elections are also virtually a draw. The country and its inhabitants seem divided. Is the rebirth of a divided nation looming? 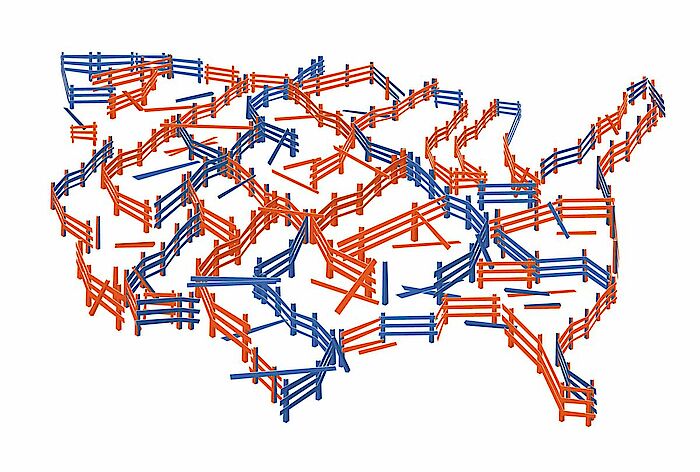 Joe Biden, the socialist presidential candidate of the US Democrats, gave an empathic, impotent and powerless speech after the election in which he stated that he wanted to work for the unity of the country. However, he was just as unconvincing in this speech as he was in his previous election campaign appearances. Colorless, erratic, unfocused and obviously hardly convinced himself of the words he had been presented with. What is particularly remarkable is that he of all people spoke of wanting to make the unity of the country possible. Only the US Democrats, the whole clique behind Biden, spoke and speaks of a split in the country. Something that neither the U.S. Republicans nor President Trump ever even marginally mentioned. For Trump there was at no time any doubt that the US will continue to exist as an undivided nation.

But anyone who expresses the possibility of a divided nation as clearly as Biden and the US Democrats have certainly dealt with this option sufficiently beforehand. This quite automatically raises the question of whether they worked towards this split with full intent and whether they consciously accepted the threat of division and even a possible civil war. A weakening of the USA, perhaps even political secession, would have far-reaching consequences that would affect all areas of life. Above all, such a split makes a divided nation susceptible to influence from a third, supranational side.

A President Trump would know how to defend himself against such attempts at influence, as in the past; a Biden presidential puppet, as he is portrayed, would submit without resistance. Because if he were not willing, the cords on which he is currently being held would be cut.