For years, the “Barbie” brand has been trying to ingratiate itself with leftists and get rid of the doll’s image as a hollow, thin blonde. Now the company jumped on the Black Lives Matter train and carried politics into the children’s room.

With stories made up for a good cause

A video of Barbie and her black counterpart Nikki was uploaded to an official YouTube channel. The two of them are sitting in a pink room and look seriously into the camera. They want to explain to the young audience why the Black Lives Matter movement exists.

Instead, the black doll tells of a fictional experience of racism, which is supposed to be an allusion to the police: Nikki was checked by security staff for no reason while visiting the beach, but the white Barbie was not. The suggested reason: the skin color.

Without specifically mentioning Black Lives Matter, the radical left movement is portrayed as the solution to Nikki’s problems. The phrase “that [racism or injustice] is why people march” is a barely hidden allusion to the large demonstrations in the summer of this year . 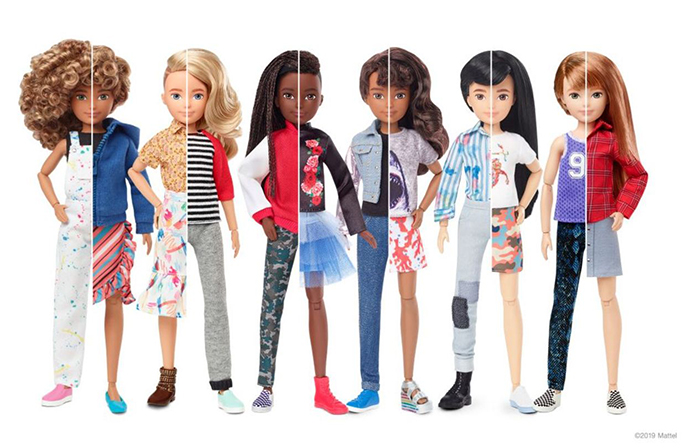 It is a blatant trivialization. After all, the protests were by no means just composed of people who marched peacefully. In reality, there have been countless incidents of violence, arson, and street battles that are not featured in the Barbie video. There were even deaths.

Critical questioning is undesirable here: “I don’t want to have to constantly prove myself,” says Nikki when Barbie cautiously asks a question.

The video is in easy-to-understand language for children. The message is simple: blacks are victims and whites are perpetrators. Barbie believes all of this and so will probably not get rid of her image as a “stupid blonde” in the future either.