On OnlyFans, young women can make a lot of money by posting nude photos and pornographic videos of themselves. Since the beginning of the Corona crisis, the number of influencers who undress for money on OnlyFans has risen sharply. These include a noticeably large number of women who explicitly describe themselves as feminists.

To be reduced to a naked body is the new feminism

Thanks to the corona restrictions, the number of visitors to OnlyFans and other influencers rose sharply. Often it was the loss of a job that led women to do exactly what feminists often condemn as “objectifying the female body”.

Even the most vocal representatives of postmodern feminism in Canada are now selling some of their bodies at OnlyFans . In 2018, Suzie Grime complained about numerous messages containing dickpics – now she is distributing her own private parts on OnlyFans for a fee. 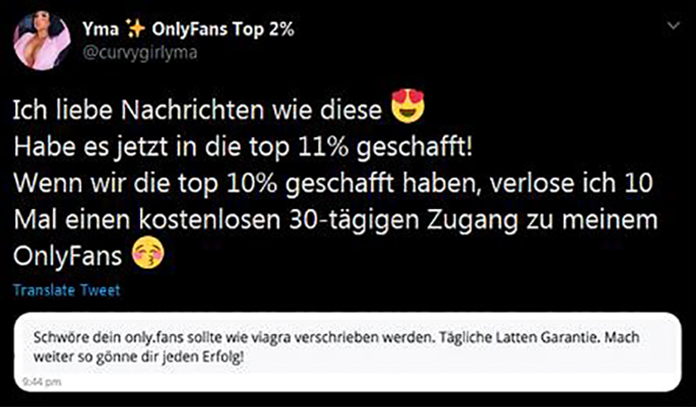 In the past, feminists used to set off shitstorms when a woman showed too much skin on advertising posters or magazine covers. Now it is suddenly considered particularly feminist to leave off the bikini altogether.