On the day of the global climate strike: Greens freeze in the fight against global warming – would like higher temperatures

“I’ve never been so cold before,” said Ashley Goddard. The activist with Fridays for Future Canada was on her way to an event organized by the group when a chill in the air forced her to turn back.

Against climate change: heating with the window open due to cold shock in late summer

“It was 9:00 am and 10 degrees Celsius,” complains Edmontonian Ashley Goddard. “I’ve never been so cold before, or up so early” she says, but “luckily the taxi driver turned the heat up as high as it could go.”

In a now deleted series of tweets she complained about the cold weather before deciding to turn back.  “I got out of the taxi but the shock of the cold was too much so I went back home to support the environment from there,” she wrote, accompanied by a picture of her gas burning furnace with a window open in the background.

Greens want warmer temperatures in the fight against global warming

Ironically, the photo was posted on the day of Fridays For Future’s “Global Climate Strike”. The post quickly spread on social media – combined with a lot of ridicule. 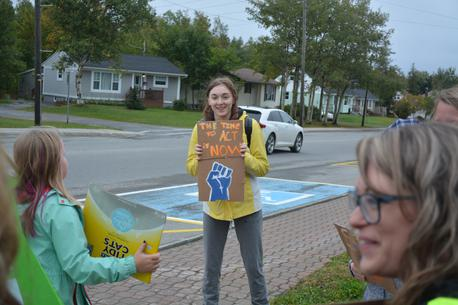 Many leftists themselves did not notice the funny context of Ashley Goddard’s tweets. For example, Lena Baker, long-time member of the Green Party, expressed her solidarity with the words: “I just ordered an electric blanket with a battery . Don’t regret anything. “

The climate rescuers also froze at the event in Edmonton, to which Goddard was on her way. “If only it weren’t so cold …” complained Green activist John Myers.

Tens of people across Canada attended the protests, much lower than anticipated.  The FFF movement’s decline in popularity appears to coincide with its swing towards marxism: the website for the Canadian chapter states “that COVID, the climate emergency, and systemic racism are all linked.”